The Best Places to Visit in Europe for Art, Music and Culture

By: Lauren Johnson
Plan the ultimate getaway to Europe with itineraries inspired by an arts and culture themed journey aboard the Four Seasons Jet. 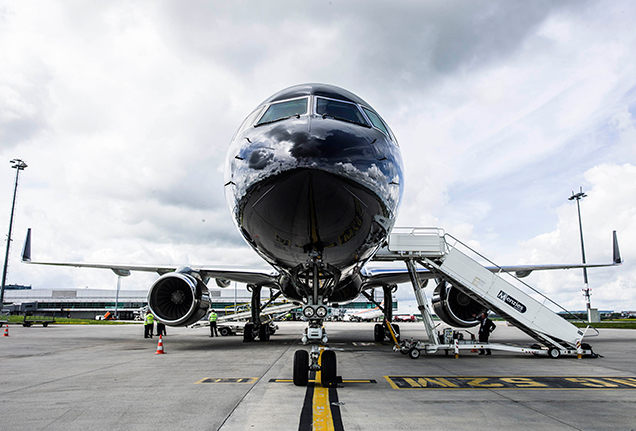 During a 16-day Backstage With the Arts journey on the Four Seasons Jet, guests experienced the art, music, culture and history of Europe, complete with backstage access, special performances and private entries. Whether you have one day or 20 for a European holiday, let their adventures in Paris, Lisbon, Milan, Istanbul, St Petersburg and Prague inspire your own itinerary. Read on to discover the cultural highlights of each destination and flip through photos from the Four Seasons Jet trip to see the landmarks, museums, theatres and local experiences you shouldn’t miss on your own journey. 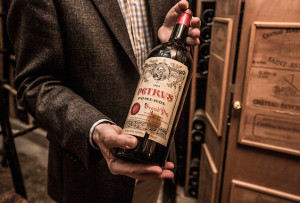 Art and culinary prowess in Paris

Paris has long been the homeland of the artist. It is a city to which creative spirits make pilgrimage, while appreciative spirits love to bask in the atmosphere. There’s no better way to kick off your stay than by enjoying the Michelin-starred cuisine of Le Cinq, renowned restaurant at Four Seasons Hotel George V, Paris. From there, tour the newly opened Louis Vuitton Foundation, a striking building designed by Frank Gehry, which has as its mission the fostering and promotion of artistic creation on national and international levels. It also has a magnificent collection of fine art that must not be missed. Survey more of Paris on a private cruise along the Seine, and bid the city farewell over dinner in the Eiffel Tower. 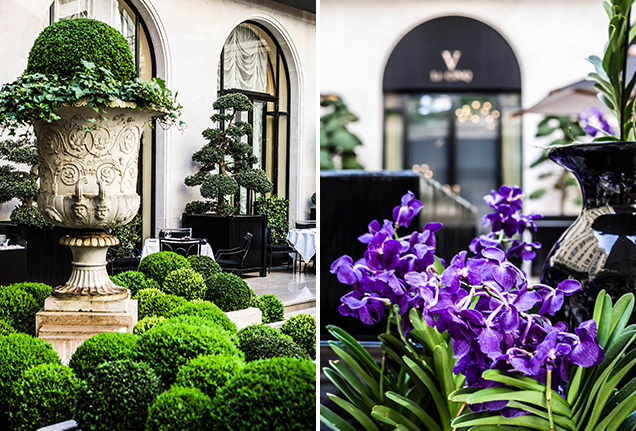 The delightfully chic Four Seasons Hotel George V, Paris was the first stop for travellers on the Backstage With the Arts tour and served as an ideal home base for the adventures ahead.

Lisbon, home to a spectrum of architecture from classical to Manueline to Gothic, offers the opportunity to explore art and architecture to your heart’s content. Start with a guided tour of the Berardo Collection Museum and then tour the ornate, Manueline-style Jeronimos Monastery. An excellent hub for travellers, Four Seasons Hotel Ritz Lisbon offers its own take on artistic décor. Allow at least three days to absorb the best of Lisbon: Be sure to visit the Museu Nacional do Azulejo, the Palais de Santos, and take a guided walk through Chiado Square and the surrounding area. 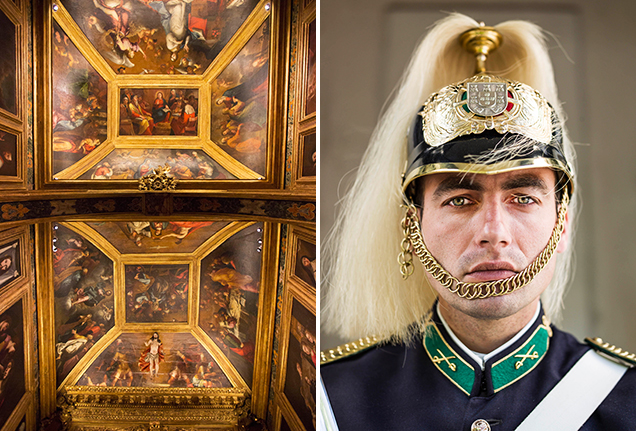 At the French Embassy in Portugal, everything from the ceiling to the uniform lapels illustrates artistry.

Milan is renowned for fashion, but the city is also a focal point of ancient architecture and art. From a home base at Four Seasons Hotel Milano, take in all the city has to offer with visits to Tod’s Boutique, the Duomo di Milano, the Leonardo Museum and the Ambrosiana Library, or experience the best of the city’s art and architecture on a Milanese design tour. Take a cue from guests of the Four Seasons Private Jet Experience, who enjoyed backstage access to the Teatro alla Scala, Milan’s famed opera house, and book a show through the Concierge.

Situated between Asia and Europe, Istanbul is a city whose artistic and cultural influences draw from empires on both sides of the Bosphorus. Lodge at the beautifully decorated Four Seasons Hotel Istanbul at Sultanahmet, which is perfectly situated near Istanbul’s top sites. For an inspired experience, book a private tour of the Hagia Sophia to get a close look at the building’s gold-domed ceilings and intricate reliefs, then visit the Basilica Cistern. Tours of the Blue Mosque, Grand Bazaar and Topkapi Palace are also on the must-do list for Istanbul. Finally, bring home your own works of art after a shopping sojourn at the Grand Bazaar, with choices from handwoven carpets to fantastic lanterns.

Russia’s cultural capital, St Petersburg, offers the chance to explore the country’s history and culture up close. Start your adventures with a private tour of the State Hermitage Museum, then a visit to Yusupov Palace, Catherine Palace, and the stunning St Isaac’s Cathedral, whose mural work is unrivalled. Self-guided strolls are also worthwhile here, along streets full of friendly faces and unique architecture. Don’t leave Russia without visiting the tiny works of art on display at the Fabergé Museum, touring the State Russian Museum and celebrating the famed author at the Dostoevsky Museum.

Contemporary artists flock to Prague the same way literary geniuses strive to follow the giants of the pen in Paris. Attend Mozart’s Don Giovanni at the Estates Theatre, where the composer debuted the opera in 1787. For an exclusive experience, ask Four Seasons Hotel Prague to arrange a private viewing of the opera for you. The historic city’s impressive Old Town, full of Romanesque, Gothic and Baroque architecture, is an excellent stomping ground for photographers. Before departing Prague, be sure to explore major landmarks, including the Municipal House, Strahov Monastery and beautiful Prague Castle.

No Comments to “The Best Places to Visit in Europe for Art, Music and Culture”

The Designer Cristina Sabatini Koenigsegg One:1 vs 0-300-0 kmh
Subscribe RSS