at WWD.com – Photos By George Chinsee

The St. Regis New York has unveiled its new Dior Suite, the second fashion-centric abode for the hotel after ifs collaboration earlier this year with Tiffany & Co. Consisting of a bedroom, one-and-a-half bathrooms, a dining room and living room, the suite’s design details were inspired by the house’s Parisian ateliers. The decadently designed, 1700-square-foot space is almost entirely “whispering” gray, the house’s signature shade.

This is the hotel’s second go-around with the Parisian house, having opened an original Dior Suite in 1991.

“Dior has had a long history with us. They’ve been here since the hotel reopened in the early 1990s,” said Paul H.F. Nash, the St. Regis’ general manager. “So this is a reinvigoration of the partnership that we have had for 20 years.”

It’s officially known as Las Vegas Boulevard, but in reality it’s a strip of glitz and glam of unrivalled proportions. To say it’s over the top might be an understatement.

The Strip is the main drag of gambling U.S.A. and home to most of the top Hotels, casinos and nightclubs Las Vegas style! A stroll down the Strip at night is a blaze of blinking lights and a sea of humanity making its way to that winning slot machine. Night time is also the most comfortable time of day to be outdoors in the Las Vegas heat zone, so take your stroll under the stars and bask in the glow.

What really took me aback about Las Vegas is that it’s a lot more than casinomania.  The town most of the time buzzes with high-tech conventioneers (Couture show and JCK presented in this issue), weekending couples and families out for a little fun in the desert sun, not to mention people searching for pleasure in the capital of sin. Great! the next question arises; where to stay? 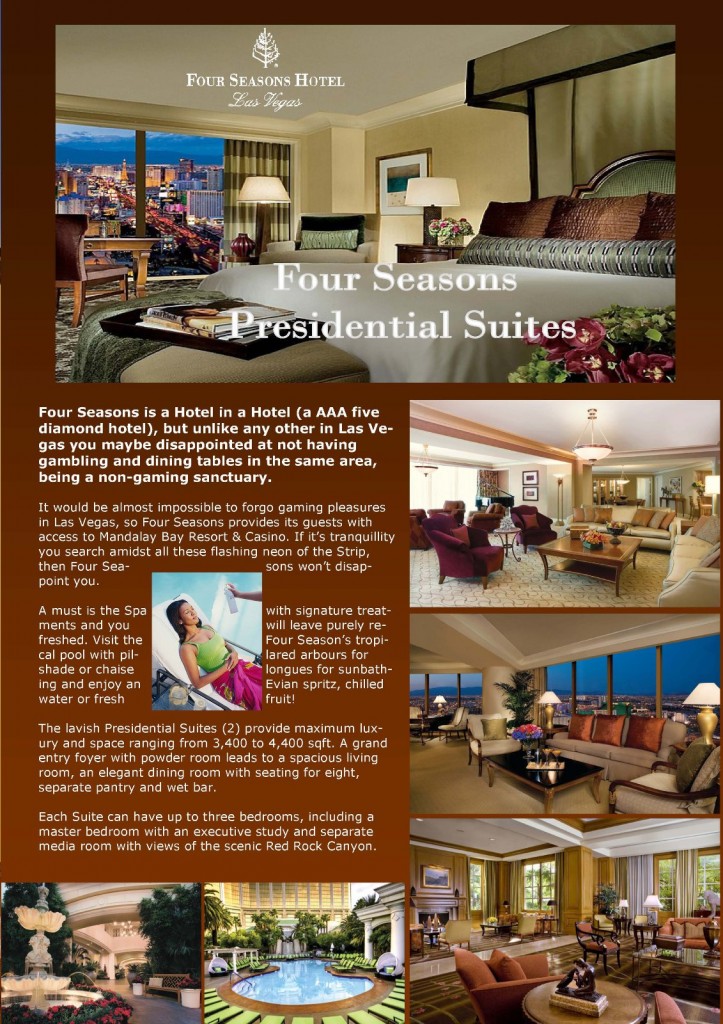 If You wish to read the whole article click on the magazine logo and don’t forget to subscribe here to receive the next issues for free. 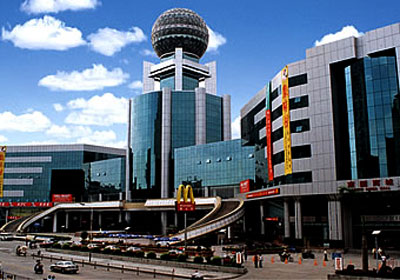 This shopping mall is one of the world’s largest shopping malls, it also has included the wind mills and theme parks, it opened in 2005 and its area is 7.1 million sq ft. 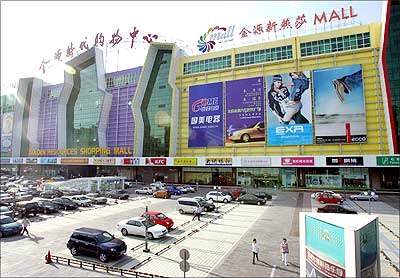 This mall has 1,000 stores including the global brands like Nike and DKNY. This was opened in 2004 and has an area of 6 mill sq ft. 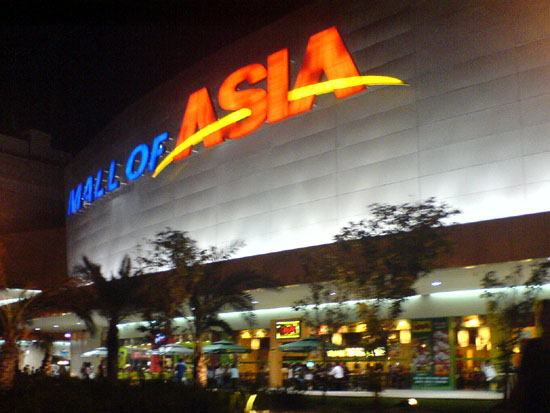 This has the Olympic-sized swimming pool and a theater. It was opened in 2006 and has an area of 4.2 million sq ft. 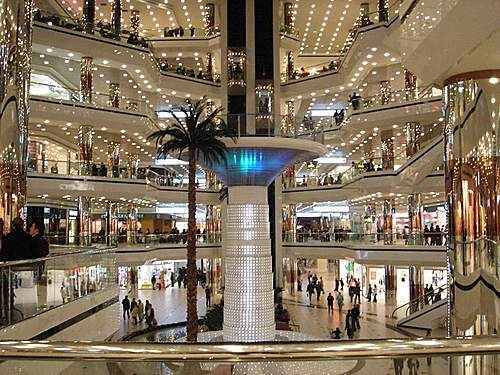 It is Europe’s largest shopping mall and has a roller coaster, wave pool and several theaters. It was opened in 2005 and has an area of 3.8 million sq ft. 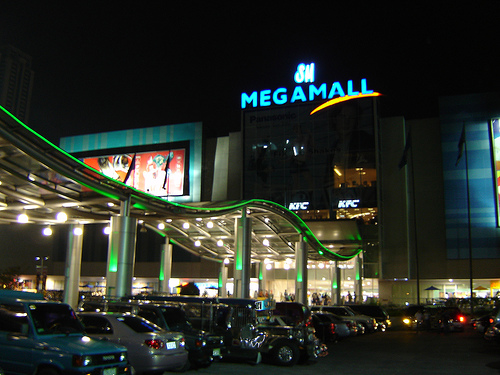 This has 12 movie thaters, ice staking, bowling and traditional mall fare arcade games. It was opened in 1991 and has an area of 3.6 million sq ft. 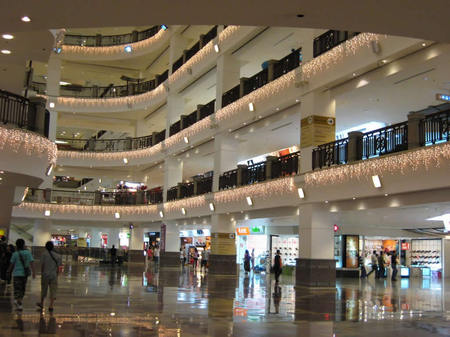 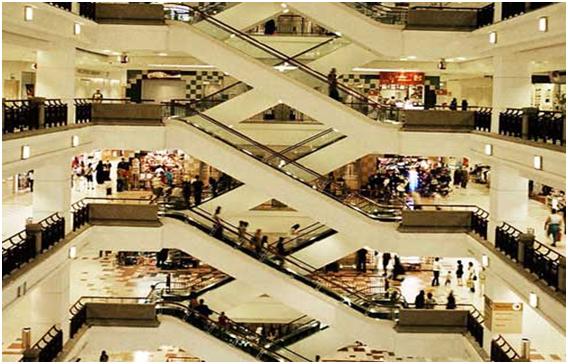 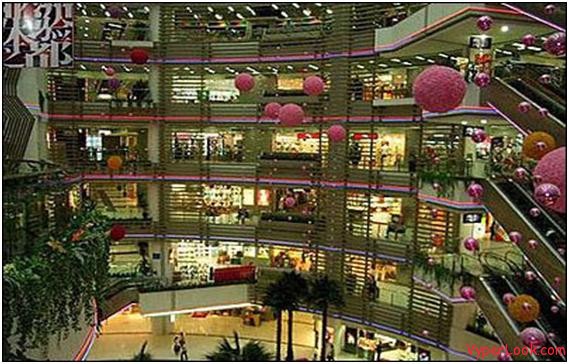 This mall has a hotel and different retail stores. Its area is 2 million sq ft. 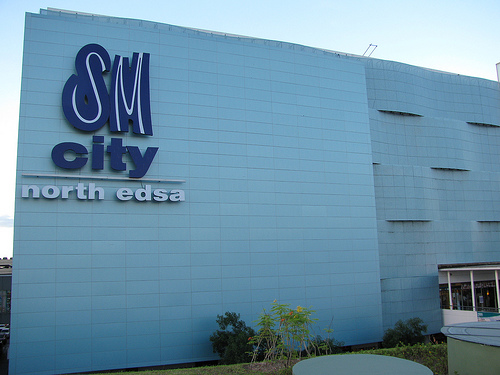 It is a five storey complex, has 1000 shops and restaurants with 12 cinemas, a bowling alley and skating rink. Its area is 3 million sq ft. 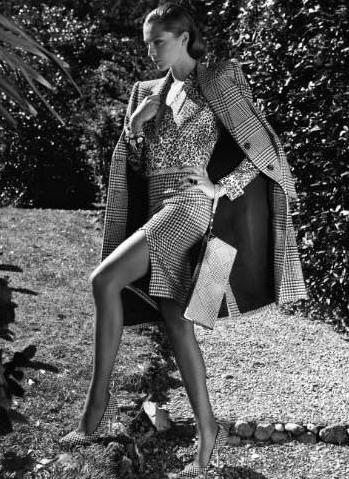 by Cathy O’Brien at examiner.com

Elettra Rossellini Wiedemann, granddaughter of Ingrid Bergman and a longtime friend and client of Salvatore Ferragamo, will model the fall and winter runways looks for the trunk show. “I absolutely loved being a part of the Fall 2011 Ferragamo look book, not only because the clothes are gorgeous, but also because I have been an avid admirer of Ferragamo for so many years! The materials are luxurious and the designs are fun and feminine with a hint of strong men’s tailoring. I found the collection to be glamorous and sexy but still chic and sophisticated!”

Shoppers will also be treated to the new photographs from the fall advertising campaign modeled by Daria Werbowy and Mathias Lauridsen and photographed by famed fashion photographer Mikael Jansson. The pictures were taken at the Villa d’Este in Lake Como, Italy.

The Salvatore Ferragamo online trunk show is unique in the luxury, online marketplace. There will be a user-friendly styling tool which allows customers to mix and match pieces together to see how they will look. The online styling tool will also allow clients to piece together looks from the runway designed by Creative Director Massimiliano Giornetti. Shoppers will also have the ability to share the looks they create on Twitter on Facebook.

The Salvatore Ferragamo online trunk show is the perfect chance for handbag fans to pre-order the handbags they love from the design house’s fall 2011 runway collection before the most popular styles are sold out.

Last week at the L2 Video and Celebrity Clinic the team presented a countdown of the five best branded videos from the prestige industry based on the brand channels with the highest number of subscribers. For more information on methodology for the selection of videos, please read the notes in italics at the end.

Sweet, sentimental, and absolutely touching. All the women at the L2 office were going crazy for this video from Tiffany, which means it’s both stunning and completely on brand. 371,844 views on YouTube.

This video from Chanel speaks to the power of integrated media. This video originally appeared as an abridged television spot but was also posted in full on the brand’s YouTube channel. Chanel added the video to a custom tab on their Facebook page and effectively promoted the branded content across all social channels. This is the mark of success driven by digital integration. 689,718 views.

“Megan Fox Underwear” is a prime example of how brands can benefit from choosing the right celebrities to promote their product. In one day March of 2011 Armani saw a 661,784 of their 1,389,023 views to date. The spike is largely the result of Megan Fox talking about the video on her social network, suggesting that in most cases hosting and/or promoting video on celebrity platforms can prove more effective than trying to gain viewership only on brand channels.

Luxury brands have some of the finest creative at their disposal. Carier takes advantage of that fact with Episode II. 765,550 views on YouTube.

Once again, Burberry’s Brights video is the picture of leading edge innovation. This is just the beginning of shop-able video and interactive experiences created through HTML5, but expect more as brands attempt to turn passive viewing experiences into active participation on the part of the consumer. Due to the interactive features of the Burberry Brights video, the official video can not be embedded into the blog. Instead we have embedded a demo and you can view the official experience here.

See the Countdown On Demand

Did you miss the L2 Video and Celebrity Clinic but still want to catch up?  You can catch the event broadcast stream on demand from Fora.tv.

A note on methodology: Any and all brands in our L2 luxury and/or beauty studies were eligible for top five inclusion.  The top videos were selected based on the video that was promoted by the brands with the most YouTube subscribers in the industry. 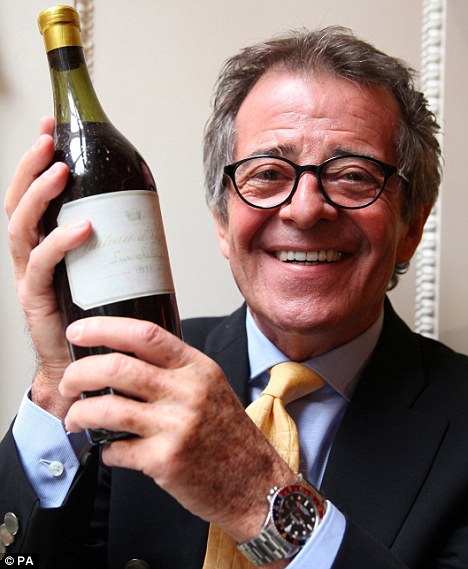 By Alice Baghdjian at Reuters

The sale of a 200-year-old bottle of white wine for 75,000 pounds ($121,000) has set a new Guinness World Record for the most valuable bottle of white wine ever sold. The buyer of the 1811 Château d’Yquem was private collector Christian Vanneque, former head Sommelier at the Michelin starred La Tour d’Argent restaurant in Paris.

Though Château d’Yquem is famed for being one of the finest and most expensive sweet white wines, the 1811 vintage has a particular attraction for wine enthusiasts. The climatology of the year, reviews from tastings, as well as the auspicious appearance of the Great Comet in that year, all indicate an excellent wine.

“This wine is very special — it is attached to the most renowned white wine in the world, and it was produced in the year of the Great Comet, which was believed to enhance the quality of the wine,” Vanneque told Reuters. “It is a rare wine, which been tasted on three occasions and each time received five out of five stars,” he added. “It was not just purchased as an investment – it is also going to be an enjoyment.”

The wine will be displayed in a bullet-proof, temperature and hydrometrically controlled showcase for six years at his restaurant, the SIP Sunset Grill in Bali. “I will open it in six years to mark the 50th anniversary of when I began work in Paris and share it with my wife, brothers and friends — I already know what the menu will be,” Vanneque said.

The private sale was by the Antique Wine Company, which had also held the previous record for white wine — an 1887 Château d’Yquem at $100,000. “I always have a tear in my eye when I sell a bottle of wine but I’m comforted by the knowledge that it has been purchased by someone passionate about wine and it’s going to a good home,” said company Managing Director Stephen Williams. 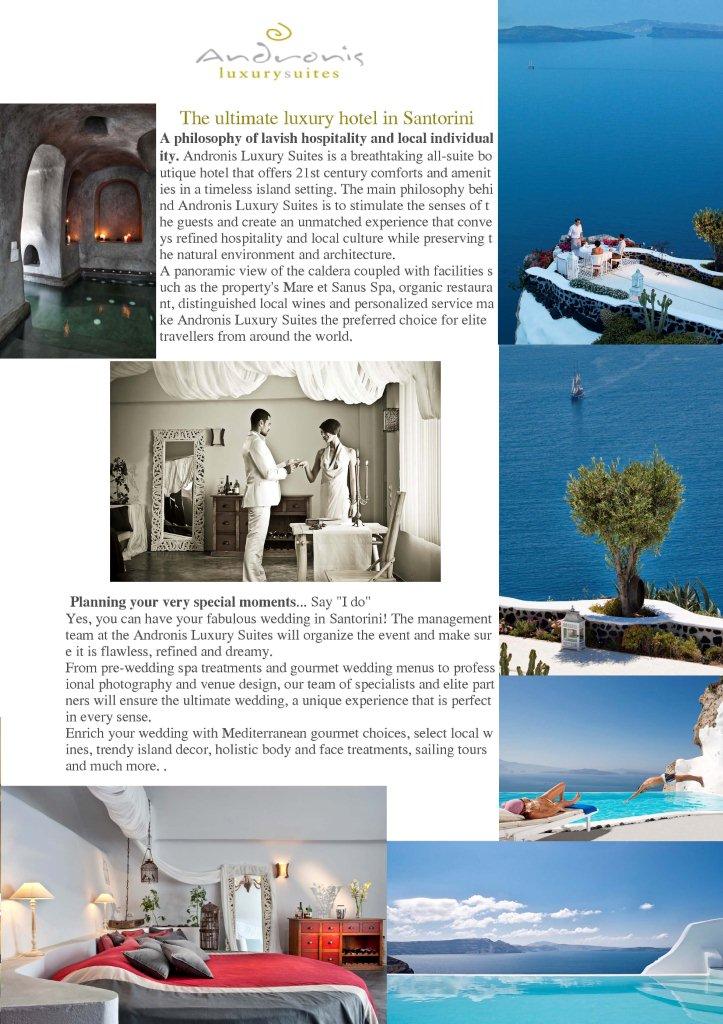 Passion with Luxury? Please subscribe to our luxury magazine for free

5 Of The Best Shoe Blogs On The Web

We like to joke to our friends that we write about shoes all day, but that’s not actually true. We also write a lot about Kanye West, delicious snacks and, on occasion, bridesmaids dresses. But Sophie Theallet’s collection of shoes and bags for Nine West inspired us to seek out the very best in people who write about shoes online, and we think we’ve found the five best of the bunch. Take a look at our favorite shoe blogs, below.

What could possibly be better than a blog filled with pictures of nothing but amazing shoes? Nothing, that’s what.

Not only is Jane Aldridge, who runs the personal style blog Sea of Shoes, the nicest person we’ve ever met, she’s also super knowledgeable about footwear. People come to her blog for pretty pictures of shoes and leave with more knowledge about Nicholas Kirkwood than they ever realized they needed to have.

END_OF_DOCUMENT_TOKEN_TO_BE_REPLACED 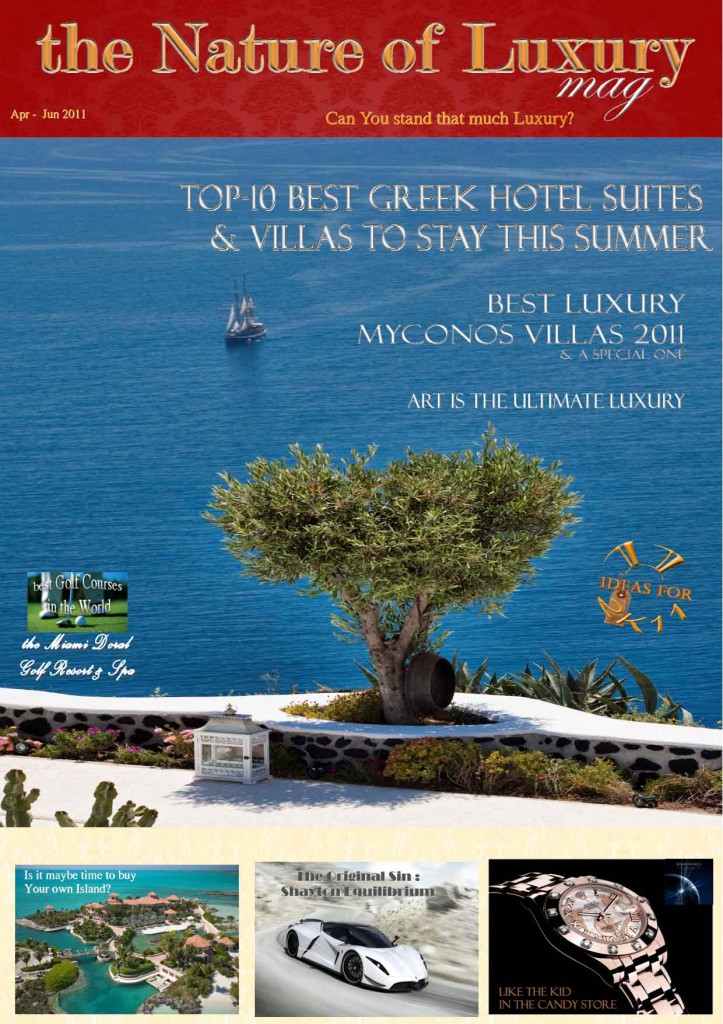